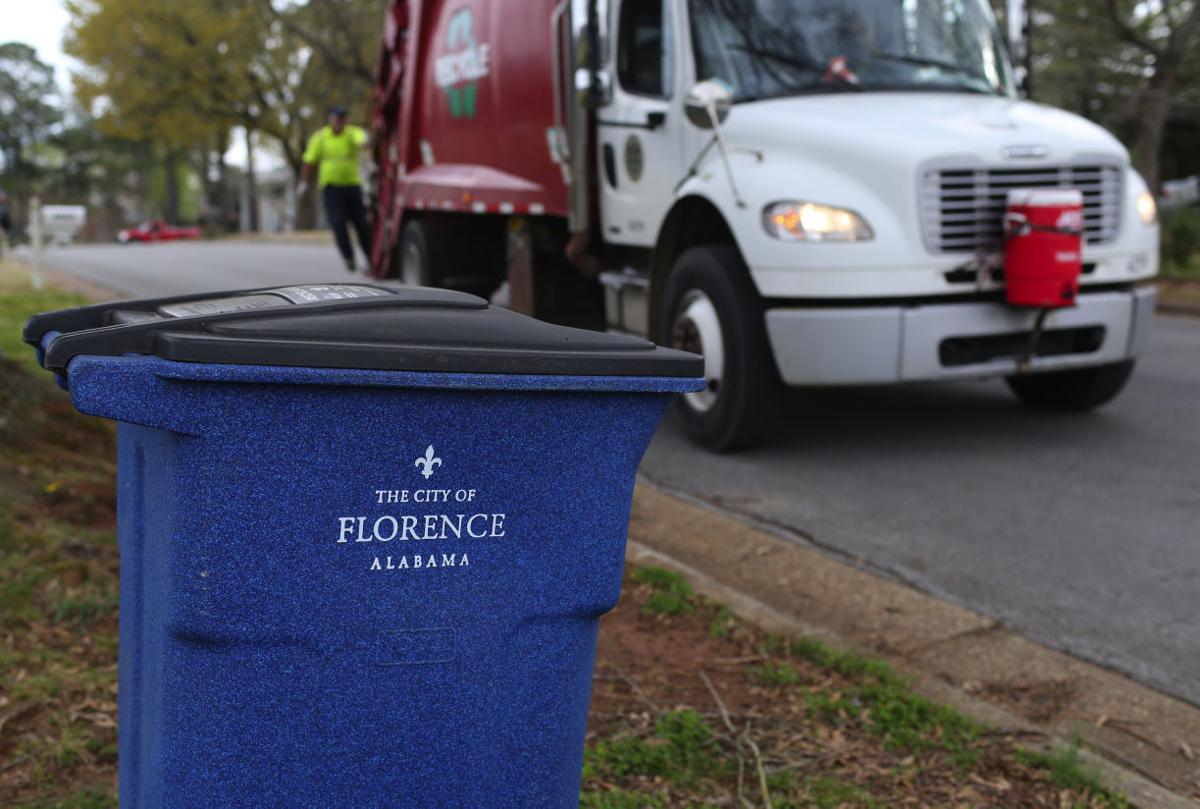 FLORENCE — Christmas not only is a time for gift-giving, it also is a time of large volumes of garbage for solid waste collectors.

“Without a doubt we will pick up more the day after Christmas and that week than any other time of the year,” said Lauderdale County Solid Waste Director Robert Bevis. “The trucks will be packed and we’ll have as many trucks running as possible.”

Officials estimated that garbage collections go up about 25 percent during the holidays.

According to Florence Recycling Coordinator Rachael Mansell one solution is to recycle everything possible.

“Most wrapping paper, cardboard boxes, those items can be recycled,” Mansell said. “We encourage people to think about recycling this time of the year.”

She said wrapping paper is accessible as long as it is “paper.”

Mansell said the center will accept all wrapping paper as long as it is not foil or plastic.

“A good rule of thumb is, if (the paper) tears, we’ll take it,” she said. “We can’t take ribbons or Styrofoam. But cardboard boxes, plain wrapping paper and cards, we want all we can get.”

April Rogers, the outreach coordinator for the Shoals Solid Waste Authority in Colbert County, said they will also take motor oil and cooking oil at the center on U.S. 43 south in Colbert Industrial Park.

“Items like metal and aluminum cans, plastics like jugs and water bottles, no random plastics or glass,” Rogers said.

Bevis said the big issue is not to contaminate the recyclables.

“Don’t throw any food items or household items into the recyclables. It defeats the purpose of recycling,” he said. “As soon as some household garage is thrown into the recycling, they are contaminated and have to be taken to the landfill.

“Recycling is an effort to keep what we can out of the landfills. But if people contaminate the recyclables, it has to go to the landfill.”

Rogers said electronics are something that can be brought to the recycling centers.

There are specific binds at the Colbert County Center, the Lauderdale landfill and the Florence Recycling Center for electronics.

“No televisions, but other small electronics are accepted,” she said.

“We want to encourage people to recycle. Just follow the rules and guidelines on what can be recycled and what can’t be. And especially do not contaminate the recyclable with household garbage,” he said.

What would it be like to live without plastic? How much waste could we keep out of landfills, waterways and oceans if we all refused single-use … END_OF_DOCUMENT_TOKEN_TO_BE_REPLACED