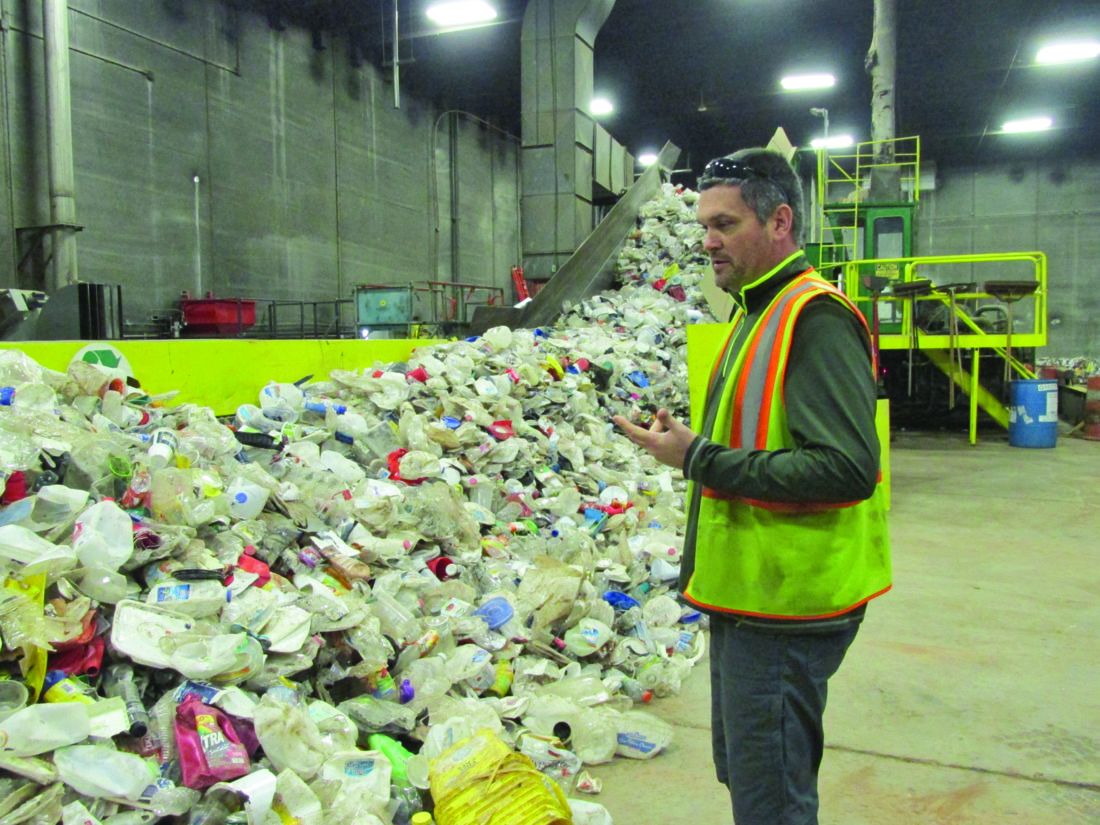 The Marquette County Solid Waste Management Authority will give a $25 gift card to one resident from each of the 16 participating municipalities starting Dec. 1.

“The more people who recycle, the better the program will be, the more landfill space will be saved,” said Josh Wales, MCSWMA operations lead.

Active participation is the best way for residents to increase their chances of winning a gift certificate, Wales said.

“Put the right material out on the right weeks, and we will be out once a month to reward someone for their efforts,” Wales said. “They can expect the authority to be out answering questions they might have, and also to let them know that recycling is being done.”

Landfill Director Brad Austin said the goal is to educate, reward and encourage recycling, and he hopes residents who do recycle talk to their friends and neighbors.

Recycling not only benefits the environment, Austin said, but also saves natural resources, energy and extends the life of the county landfill. Landfill diversion is an important goal because the estimated cost to site just 1 acre of landfill space is $500,000, he said.

“It’s very expensive to site new landfills, very expensive, so it is one of our goals to extend the life of this facility as long as we can,” he explained.

Recycling participation rates are now about 12-15 percent, which represents the amount of recycled material compared to the total waste tonnage, Austin said. The goal across the state is to increase that rate to at least 30 percent.

“(State officials are) trying to look at solid waste as a resource, … (with) the focus not on disposal but on effective management,” Austin said. Greater participation will increase volume and revenue, giving the program the means to grow, invest, improve services and add jobs, he said.

The goal of moving to a single-stream system — where all recycling could be put on the curb without being separated — is being researched and evaluated, as it would require a significant investment in new equipment. Staff will bring those results before the MCSWMA Board of Trustees in early 2018, Austin said.

“We are pursuing a single-stream system, but those volumes of (recycled) material are critical in that, because you have to bring in infrastructure in order to proces it,” Austin said. “And you have to have the volume and the ability to market it in order to pay that investment off.”

Starting in January, the MCSWMA is no longer accepting glass in the recycling stream, due to the authority’s inability to market and sell the material. Austin said they’ve never actually recycled glass since the recycling program began in 2012. It was always sorted and put into the landfill, being used as a drainage medium for a time, he said. Glass, an inert material that produces no landfill gas, doesn’t have the same environmental impact that other kinds of waste do, Austin said.

Paper, metal and plastics are most marketable, but even the market for plastics may change next year due to global dynamics.

Austin said that in Delta County, the only materials currently being accepted in the recycling stream are cardboard, mixed paper, metal and plastics No. 1 and No. 2. The reason is that those plastics — examples of which are water bottles and laundry detergent containers — are sold domestically.

The effort to find markets for glass and plastic is continual, Austin said.

“I think at this point in time, to say what may or may not happen with 3-7 plastic, I don’t think it’s appropriate. I think we will continue to evaluate each material as we move forward, and we continuously are looking for markets for these materials,” Austin said.

If those plastics were to become unmarketable, “we would extinguish all means to try and find a market for those materials,” Austin said.

But that comes back to the importance of increasing participation, he added. With greater volume and revenue, the MCSWMA is more likely to be able to invest in equipment that could pelletize those plastic materials onsite, allowing them to put it directly into the market for manufacturers.

But, he emphasized: “You’ve got to have the volume to justify those expenses.”

For more information on how to recycle, as well as the schedule for rigid/fiber pickup, visit the MCSWMA website at www.mcswma.com.

What would it be like to live without plastic? How much waste could we keep out of landfills, waterways and oceans if we all refused single-use … END_OF_DOCUMENT_TOKEN_TO_BE_REPLACED